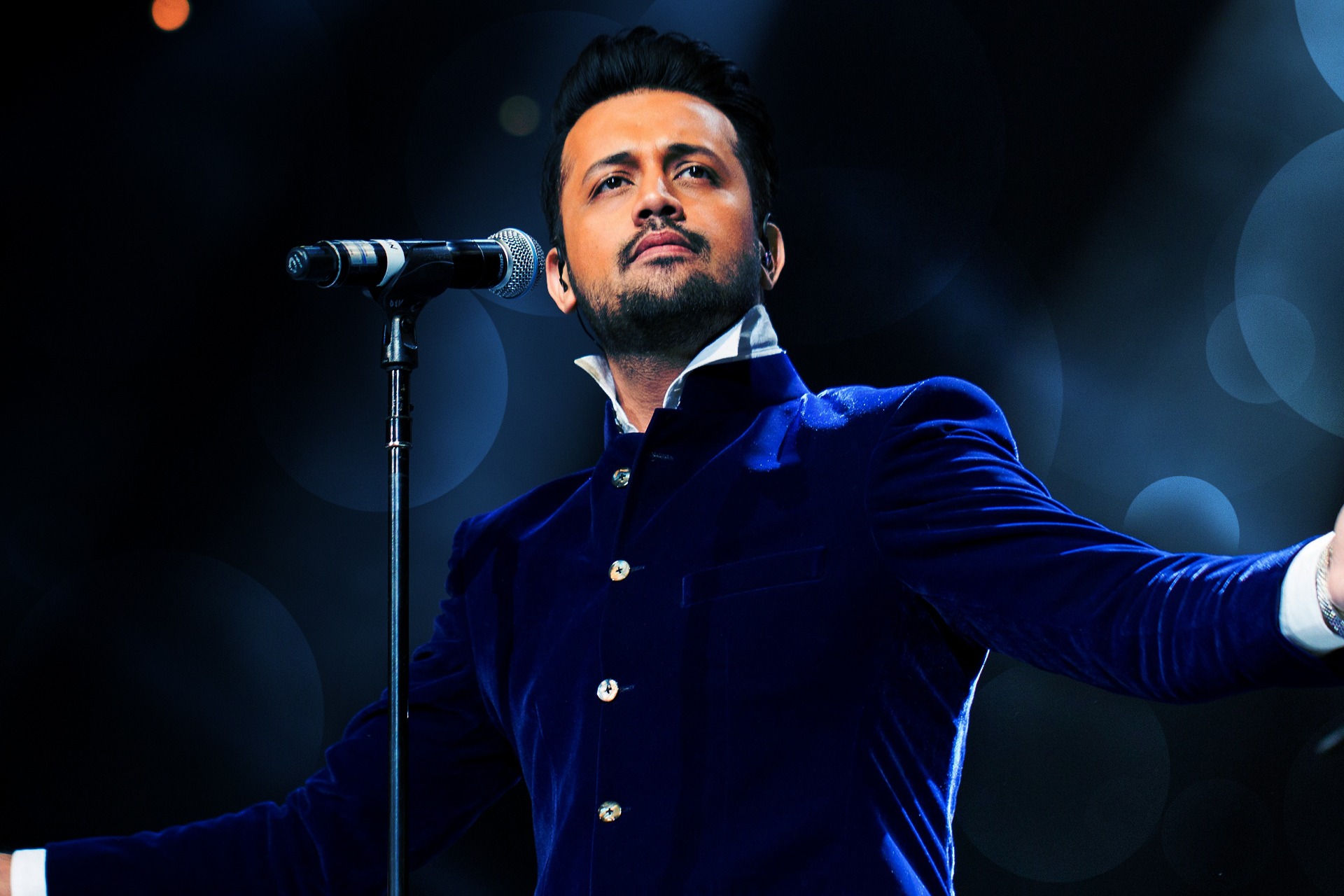 Where do I begin when it comes to Atif Aslam? He’s an absolute enigma, and I don’t use the word lightly. Although hailing from Pakistan, my introduction to Atif was through Bollywood (as I imagine is the same for many of his fans). If I had to describe it, I’d say that historically Bollywood’s male playback singers always had a ‘handsome gentleness’ to their voices. Sonu Nigam sounds remarkably similar to Mohammed Rafi, carrying on the nostalgia of what heroes would sound like in films for decades. For a time, Kumar Sanu and Udit Narayan lead the helm of setting the tone for all modern movies. While Atif didn’t smash into the scene (and I would argue still hasn’t), his voice brought a tremendous change into the industry, and into my life. Atif won our hearts with Pehli Nazar Mein where he sang a beautiful love ballad that became an instant hit. Yet, any devoted fan of Atif knows that he is, at heart, a rocker. His independent singles/albums prove this, but Bollywood was able to hear him in his true talent when the movie Prince debuted. Although not his most popular work, I truly fell in love with Atif when I heard Tere Liye (a collaboration with my other favourite artist below) and Kaun Hoon Main. It was my first real taste of Atif’s versatility and unique contribution to Bollywood. There is no other voice like his. His range is dynamic beyond the spectrum and his vocal belting technique is extremely powerful, to say the least. Just when I thought I heard it all, Tu Jaane Na dropped and it rocked the foundation of everything good. He can sing romantic songs. He can sing rocker songs. And now he can sing traditional songs too? Please, Lord, make it stop.

Atif has never strayed from following his own path. He never married himself to Bollywood and would only give us a new track every so often, thus keeping up the mystery and allure. Atif would continue to have his own independent singles and lend his voice to Pakistani films too. I personally believe Atif lived his best life when he started appearing on Coke Studio because he brought the widest array of music, and all of it sounded amazing. I was never very much into qawwali or ghazal types of songs outside of what one would hear in Bollywood films, but my love for Atif pushed me to hear the beauty in all of it. Tajdar-E-Haram comes to mind when I think of songs that left me awestruck. Atif has continued to appear on various competition shows and challenges throughout the years, but ultimately there is one thing that comes first for him: performing. If he could spend 365 days performing on stage, I’m willing to bet he would. This is where he is in his element and does the most with his music, from unplugged versions to guitar solos, and much more. If I’m counting correctly, I’ve seen Atif perform live four times now and every experience has been amazing and simply mind-blowing.

I think it’s worth veering off the music topic for a second to mention Atif’s image. For starters, he is incredibly sexy; I must point this out because I feel like traditionally, we never looked at playback singers this way because they were always just the voice behind the actor/actress. Artists like Atif have forced us to appreciate the singer more because their body of work isn’t exclusive to films. One would never get the full depiction of who Atif is without listening to his independent work and hearing him perform live. Pictures are one thing, but you need to see this man in real-life. I thought it was enough to see him close from the stage a few times, but at the last concert I went to (and I swear this is not a lie), the man was standing next to me and I didn’t even realize it. YUP, drinking coffee or water or something. He’s tall, so do not let photos and videos fool you. This is also a person who has never had a bad hair day and has never missed a beat with his grooming. Finally, he’s got an impeccable sense of style. I have no idea if his wife is behind this or he just knows what to do, but this is a man who can wear anything and make it looks amazing. You’ll see what I mean in the video below, because I doubt many men could pull off a glittery blue blazer. He’s definitely channeling his inner daddy these days, but zero complaints here. So, we’ve now established that Atif has an incredibly sexy voice and looks too; what more could one ask for?

Honestly, I just want to end off saying that Bollywood music in general is like antibiotics for my soul. It cures me when I’m down and makes me feel like myself. Atif, though, is special… he can bring me out of depression, make me dream, fall in love, adore music, and appreciate live. He is magic to me, and I hope you can all enjoy him as much as I do. Atif’s YouTube Music and YouTube Video Channel are great places to start!

The latest song I want to share is a new live performance presented by VELO Sound Station named Kadi Te Hans. There hasn’t been much activity from Atif since the pandemic hit, so this is definitely a welcome treat. I think this song sums up the spirit of what Atif is all about, which is fusing so many different styles together to make his own special genre. The video also captures his performing essence so well. Enjoy! 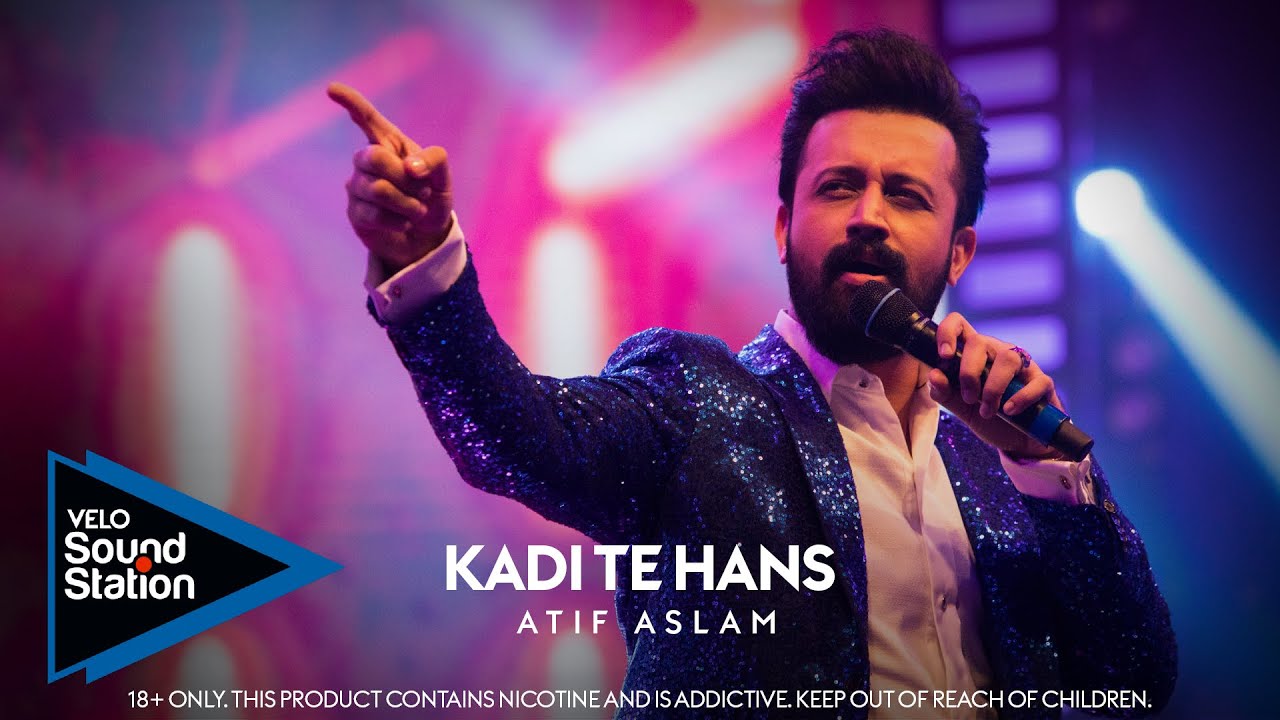 “Playback singer set to perform on May 1” Stabroek News, www.stabroeknews.com/2018/04/21/the-scene/playback-singer-set-to-perform-on-may-1.