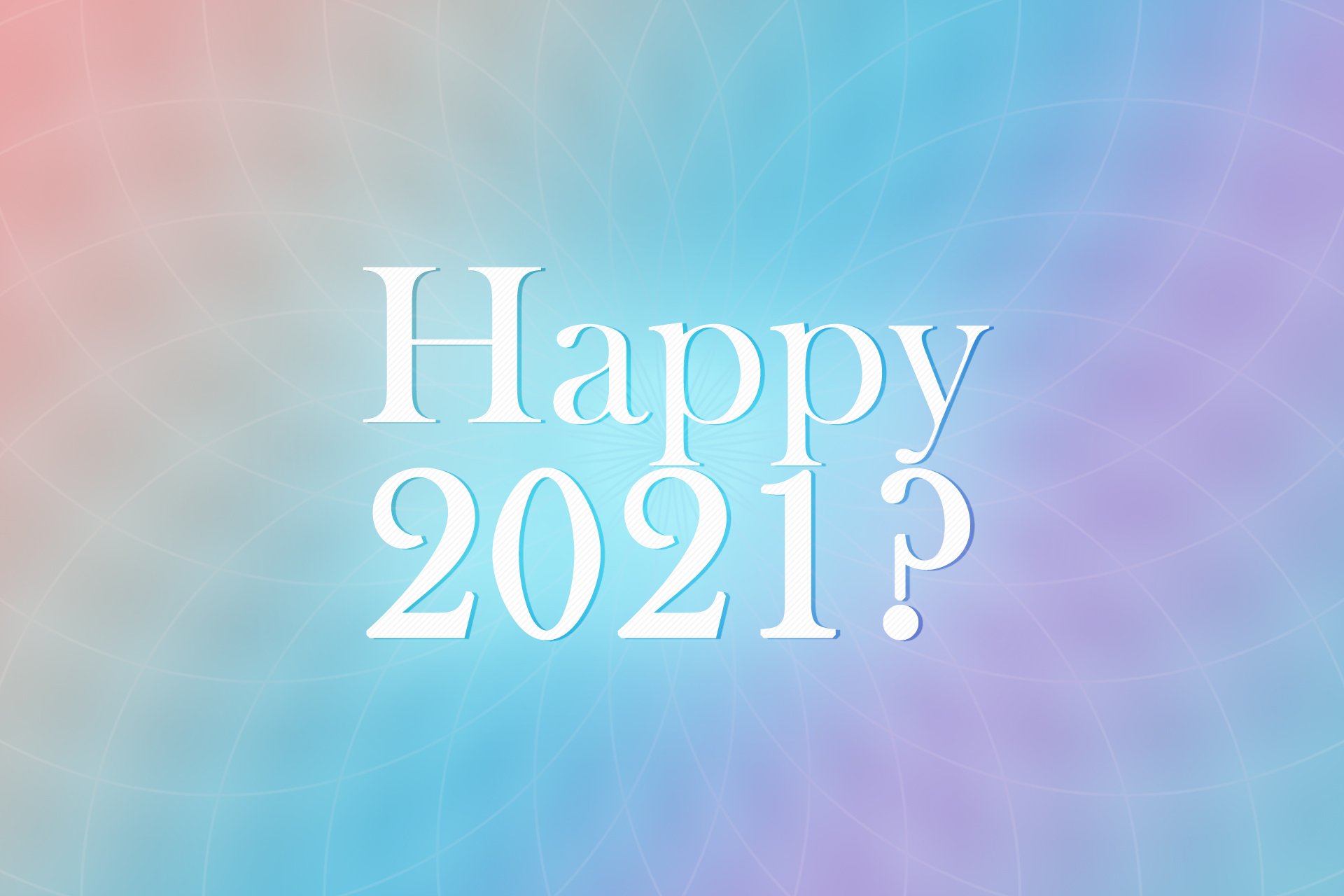 First off, allow me to take a moment to wish you all an incredibly Happy New Year! I’m super late, but I am here nevertheless. It’s interesting how the ending portion of 2020 just flew by so quickly, yet January has felt like 3 months rolled up into one. Perhaps that’s how it is every year? What I do know for sure is that everyone and their mother could not wait for 2020 to end, myself included. The New Year always symbolizes new hope, new goals, new dreams, new beginnings, and new possibilities, and we all need this after what we’ve been through in 2020. Whether you were sick or not, the pandemic had a detrimental effect on all of us and changed every single individual in some way (as I’ve mentioned several times now). We’re a month into 2021 and have things really gotten better? Is this going to be the year of redemption we’re all looking for?

Some may say it’s too early in the year to make judgements about how it will pan out, while others will say first impressions are a good sign of things to come. I tend to agree with the latter because I’ve always been a bit superstitious when it comes to the New Year. I especially have always found myself believing in the significances of one’s company, whereabouts, and mental state of mind at the moment the clock strikes midnight. I know, it’s as silly as believing in Santa Claus, but calendars, dates, seasons, and timing have come to play a big part in the key events of the universe. When we think about universal energies, people generate the most hype, positivity, love, joy, and excitement as the time grows closer to the New Year. That unified energy must mean something occurs in the collective consciousness, and that’s why I believe that many things can come into play in that moment and the days leading up to it. I’d venture to guess that the biggest tradition we’ve all come to partake in annually is the creation of New Year’s resolutions. There are many varied reasons why this holds importance for people. For the religious, it’s a time to make promises to yourself and God where you may become more enlightened and connected to goodness. For the practical, it’s a time to set goals and milestones to add to the success of your life plan. For the spiritual (so… me?), it’s a time to will the things you want for yourself into existence so that your actions may guide you towards attainment. At the end of the day, no matter how you spin it, resolutions are important to the masses around the world.

What if I told you for the first time EVER… I made no New Year’s resolutions this year? Yes, it’s true. Not a moment spent, nor a thought given. And I’d argue it’s way too late to change that now. Maybe you’re the odd reader who isn’t fazed by this and couldn’t care less, but this is astronomical for me. Since I can remember, I’ve always made meaningful resolutions, whether verbally or written, or sometimes just in my mind through prayer. It doesn’t always matter how one conducts them, as long as the messaging is sincere and clear. Last year was the first year I drafted them, then physically wrote them out onto paper, and then finally sealed everything into a letter. The idea was to put the letter away until the following year and let it work in the background (out of sight, out of mind). At the beginning of 2021, I was meant to open the letter and reflect upon how I performed in achieving the goals. Well, it turns out I hid that letter well and couldn’t find it… Alas! There is good news! I found the draft version on my phone and I actually accomplished two out of the eight intentions. A part of me wants to say that is bad, but statistics show that it’s actually to be expected that most resolutions will fail. Who am I to argue that? The point is, though, that this year there is no tradition to follow because I made no resolutions. So how do I really feel about that? Surprisingly not as torn up about it as I thought. I was planning to create some intentions before the time ran out and I was in vacation, meaning time was available. However, it just didn’t happen. I thought about doing it on the day of, but I felt like it wouldn’t count. The momentum was just gone.

I didn’t spend too much time afterwards overthinking it, but now that a month has passed by, I find myself reflecting on why it was so easy to let go this year. My fear is that what I’m thinking might be something many of us are thinking, which I’ve picked up from friends, family, and social media. The mutual feeling seems to be that 2021 is just part 2 of 2020. I don’t think this is a feeling I’ve ever had before in my life. Some years are bad, some are better, but the New Year is always a cosmic separation between two separate times. For the first time, that separation isn’t clear because whatever loaded emotions and energies existed on December 31st, 2020 are still here and growing more intense daily. There may have been fleeting moments where many of us thought otherwise, but it’s become apparent that pandemic times are far from over. As long as this virus exists, there is too much uncertainty and doubt in the air. Sure, I can say I want to travel more this year, but realistically when will that happen? Dates? Parties? Gym? New job? These are all things that seem to grow increasingly far away as the days dread on. If you tie in the personal situations that many of us are facing as well and how those situations are playing out, it makes you feel like there isn’t a point in trying to change things. There has always been a light at the end of the tunnel that dreamers and optimists alike could see, but COVID-19 has done well to snuff out that light of hope.

Now, I’d have to be a real bastard to end-off on such a depressing note. In no way am I suggesting that we shouldn’t make goals or have dreams in 2021. As much as it feels like the end of the world, just remember that it could always get worse. The situation varies all over the world and the news is always going to be a perpetrator of false information meant to instill fear. None of us really know what is going to happen, but what we can do is to continue to cope. With 2021 feeling a lot like a continuation of the last year, it might mean we have to up our coping mechanisms or even step out of our comfort zones and make substantial changes in order to survive. Believe me, I am battling some of these demons daily. I’ve said it before and I will say it again: COVID-19 has been a bringer of lessons and ultimately TIME to learn those lessons. We may not have asked for it or even like it that much, but we should continue to use this time to discover the best things about ourselves and discard the things we dislike. That alone will keep us all busy enough. There will be occasions to set resolutions once we know what the future holds. It’s not about looking at it as a missed opportunity, but more as a delayed or postponed project. I will definitely get the chance to come up with new commitments and a fair shot at fulfilling them. I just know it, but right now it’s about staying the course to see tomorrow. Eventually, we’ll all get there… resolutions or not.

Once again, Happy New Year to all and best wishes for 2021! We’ll figure it out!